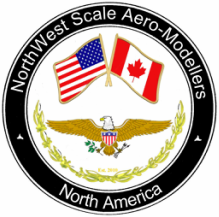 Our Member Spotlight for June 2015 - Jack Collins
Jack is our oldest competitor at 88 years young. He tells the story of receiving a $5 ride in a J-3 Cub at about age 4 or 5. His father was also an aviator who had learned to fly in 1923. 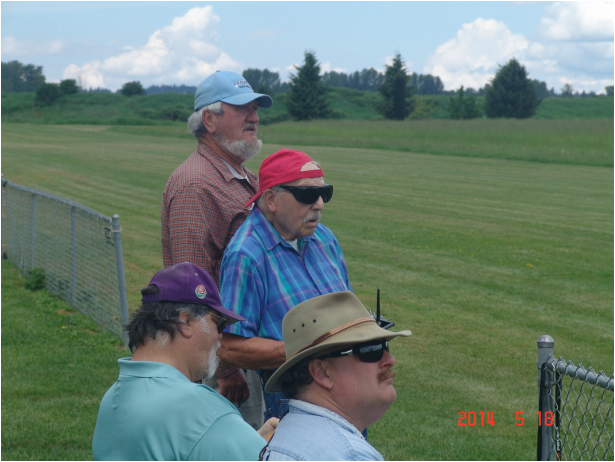 Jack has memories of a loud airplane flying low over his house & his mother saying “there’s daddy” as Jack ran to the front yard.

As Jack got a little older he began delivering the “Shopping News” & made enough money to purchase the 25 cent kits. He also discovered “Air Trails” Magazine which contained the “how to’s” of model building & flying which at the time was the Holy Grail of magazines. Having some success with these
expensive silk & dope models further peaked his interest in modeling.

Jack had a chance meeting with a gentleman by the name of Pete Bowers, who was the same Pete Bowers who was responsible for the home built Fly Baby.


With the encouragement of Mr. Bowers, Jack purchased an Ohlsson .60 gas engine & installed it in a model called “Guff” which was built from a set of free Air Trails plans. She was a 72” all balsa beauty Jack recalls. Jack had a fair amount of success with the “Guff” & flew is successfully for about a year during his sophomore year in high school. During this time Jack discovered the “GIRL”.

Along came WWII came along & Jack initially made several solid models that the military used to help pilots ID enemy or friendly aircraft. When the military ended the program, Jack joined the Navy & became an aviation mechanic & gunner. After WWII Jack attended University of Washington until the GIRL (Marilyn) he discovered in high school said yes. Jack was a happy man.

A few years later Jack discovered R/C & continued modeling as the company he worked for moved him to Oakland California. Fast forward a few years & Jack left the corporate life & purchased a business in Grants Pass Oregon. After a short stint in Montana, Jack & his wife moved to Seaside Oregon & has resided there for the last 38 years. Quite some years later the “GIRL” became ill & Jack put his modeling aside to care for his wife until her passing.

After Marilyn’s passing, Jack took up flying again with his old friend Mike Brewer. Mike Brewer asked Jack if he wanted to accompany his to a contest in Snohomish Washington, & Jack went along for the Ride. This was the first event where Mike Ingram & Mike Brewer “Teamed” up with Mike Brewers Stinson & became Team Mike squared. Jack was hooked on the scale stuff & wanted to compete with his model of a Piper Cherokee. Jack practiced & practiced. He was ready for the big time. Unfortunately the Piper Cherokee met its demise just before the contest.

Not wanting to admit defeat, Jack was encouraged to enter his 'Sig Kadet Senior' which kinda looked like a Cessna 172. Jack flew his rounds & received a well-deserved eligibility score which would enable Jack to compete in the NWSAM Championship. Although Jack did not finish in the winners circle, he has vowed to return with a new improved scale airplane & give us all a run for our money. I have it on good authority that Jack has a shiny new J-3 Cub with a 10cc gas engine.

Jack, I’m going to hold you to your word & look forward to seeing you in May in Shelton. I guess I better get some practice in & bring the “A” game.